ABBR: ALCL A rare form of non-Hodgkin, T-cell lymphoma that may behave indolently when limited to the skin or may be more aggressive and spread to lymph nodes throughout the body.

ABBR: CTCL A malignant non-Hodgkin lymphoma with a predilection for infiltrating the skin. In its earliest stages, it often is mistaken for a mild, chronic dermatitis because it appears as itchy macules and patches, often on the chest or trunk. Later, the lesions may thicken, become nodular, or spread throughout the entire surface of the skin, the internal organs, or the bloodstream. 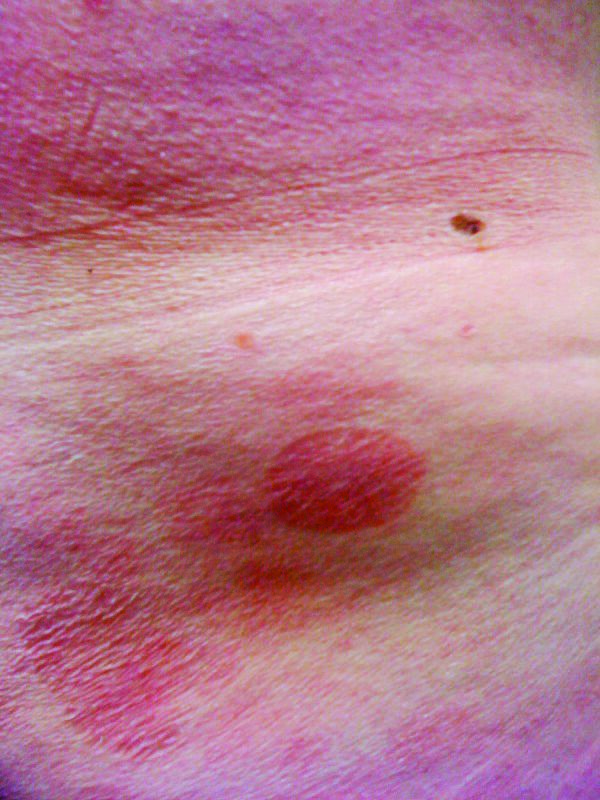 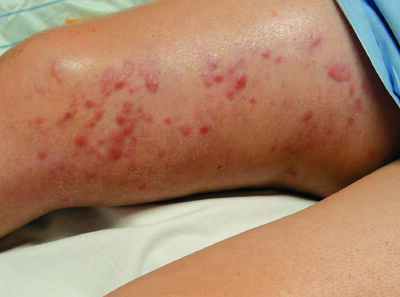 A B-cell, non-Hodgkin lymphoma found in adult and older patients. It results from a translocation of an oncogene from chromosome 14 to chromosome 18 [t(14;18)]. Most instances of this lymphoma are indolent or slow growing.

A rare, rapidly progressive lymphoma that develops in the liver, spleen, and bone marrow. It has been identified in patients taking immunosuppressive drugs for diseases such as inflammatory bowel disease.

An Epstein-Barr virus-positive lymphoma that infiltrates the skin, typically in Asians or Native Americans.

ABBR: NHL Any of a group of malignant tumors of B or T lymphocytes. In 2008, the American Cancer Society estimated that about 66,100 Americans would be newly diagnosed with the disease. 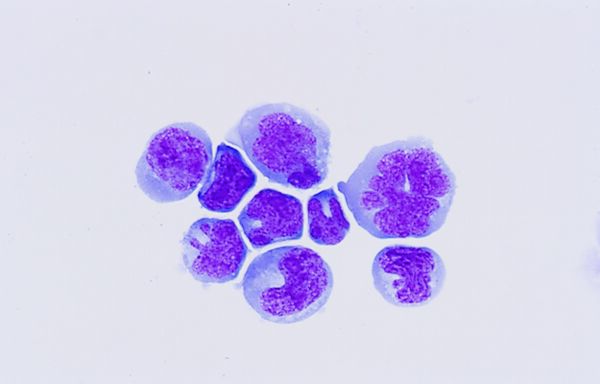 SYMPTOMS AND SIGNS
Painless lymphadenopathy in two thirds of patients is the most frequent presenting symptom. Others have fever, night sweats, and loss of 10% or more of body weight in the 6 months before presenting with symptoms of infiltration into nonlymphoid tissue. Additional involvement is in peripheral areas such as epitrochlear nodes, the tonsillar area, and bone marrow. NHL is 50% more frequent in occurrence in men than in women of similar age. In most cases the cause of NHL is unknown, but patients who have received immunosuppressive agents have an over 100 times greater chance of developing NHL, probably because the immunosuppressive agents activate tumor viruses.

TREATMENT
Specific therapy depends on the type, grade, and stage of the lymphoma. Combination chemotherapies, bone marrow transplantation, radiation therapy, and photochemotherapy may be given, depending on the specific diagnosis.

A non-Hodgkin B-cell lymphoma that typically arises in body cavities such as the pleural, peritoneal, or pericardial spaces. It is caused by Kaposi sarcoma herpesvirus (human herpesvirus 8) and is usually found in patients with advanced immune suppression.
SYN: SEE: body cavity lymphoma

lymphoma is a sample topic from the Taber's Medical Dictionary.