The triangular fossa in the forearm on the anterior (flexor) surface of the elbow. Bounded laterally by the brachioradialis and medially by the pronator teres, the fossa contains the tendon of the biceps brachii, the brachial artery and the median nerve. The floor is formed by the brachialis. The roof is formed in part by the bicipital aponeurosis, over which the median cubital is found (and a common site for drawing blood).
SYN: SEE: cubital fossa

The anterior third of the floor of the cranial cavity, formed from the orbital part of the frontal bones, the cribriform plates of the ethmoid bone, and one third of the anterior sphenoid bones. The olfactory lobes and the inferior surfaces of the cerebral hemispheres lie in this fossa.

On the skull, the vertical fossa along the surface of the maxilla beginning between the upper canine tooth and the first premolar tooth and extending up toward the orbit.

On the base of the occipital bone of the skull along the lateral edge of the foramen magnum, a prominent fossa behind the occipital epicondyle that articulates with the atlas.

On the anterior surface of the lower end of the humerus, a fossa proximal to the trochlea and between the lateral and medial epicondyles; it is analogous to the olecranon fossa on the opposite side of the humerus. During full flexion of the forearm, the coronoid process of the ulna fits into the coronoid fossa of the humerus.

One of the three floor levels (anterior, middle, and posterior cranial fossae) of the interior surface of the cranial cavity. Each level contains the impressions of surface features of corresponding brain regions.
SYN: SEE: cerebral fossa; SEE: hypophyseal fossa

A small fossa in the mandible behind its lower margin at either side of the midline (symphysis menti). The anterior belly of the digastric muscle attaches in this fossa.

The fossa immediately inferior to the xiphoid process of the sternum on the anterior body wall.
SYN: SEE: epigastric region

1. The shallow ovoid fossa on the top of the lateral side of the scapula that articulates with the head of the humerus. The acromion of the scapula overhangs the glenoid fossa.
SYN: SEE: glenoid cavitySEE: 2. Mandibular fossa.

The fossa on the anterior surface of the vitreous body of the eye. The lens is located there.

On each hip bone, the smooth, concave upper surface of the ilium, which makes a shelf that gently slopes downward and inward from the iliac crest and serves as the proximal attachment of the iliacus muscle.

On a spermatozoon, the small segment behind the head to which the internal filaments of the tail attach.

The vertical fossa along the surface of the maxilla beginning between the lateral upper incisor and the canine tooth and extending up toward the anterior nasal aperture.

In the tympanic cavity of the middle ear, a small fossa inside the epitympanic recess, in which the short process of the incus fits and is attached by tiny ligaments.

On the dorsal (posterior) surface of the scapula, the broad, shallow, triangular fossa filling the area below the scapular spine. The infraspinatus muscle is attached to and covers most of this fossa.

On the lateral surface of the skull, an irregular fossa formed largely by the concave outer surface of the greater wing of the sphenoid bone as it curves into the lateral pterygoid plate of the sphenoid. This fossa is deep (medial) to the zygomatic arch and is continuous with the bottoms of both the temporal fossa and the inferior orbital fissure. The medial wall of the infratemporal fossa is split vertically by the pterygomaxillary fissure, which leads into the pterygopalatine fossa.

One of two vertical fossae in the peritoneum along each side of the anterior abdominal wall. The medial inguinal fossa is the depression between the medial and lateral umbilical folds; direct inguinal hernias typically protrude through the abdominal wall in the lower end of this fossa. The lateral inguinal fossa is the depression lateral to the lateral umbilical fold; the lower end of this fossa becomes the deep inguinal ring, the internal end of the inguinal canal.

The fossa on the inferior surface of the femur between the femoral condyles. The cruciate ligaments pass through it.

On the anterior (ventral) surface of the midbrain, a trapezoidal depression behind the mammillary bodies and between the cerebral peduncles. The oculomotor nerve (CN III) leaves the midbrain through this fossa, and a number of separate branches of the posterior cerebral arteries enter the midbrain through the base of the fossa, in an area called the perforated substance.

On the base of the skull, a kidney bean-shaped depression in the undersurface of the petrous portion of the temporal bone. The fossa is behind the carotid canal, from which it is separated by a ridge of bone, and it forms a pocket for the superior bulb of the jugular vein, just after the vein has exited the skull through the jugular foramen.

A shallow depression in the lateral side of the roof of the orbit, just inside the upper orbital margin, into which the lacrimal gland fits.

The depression in the anterior surface of the vitreous for reception of the crystalline lens.

The small triangular area between the posterior wall of the external auditory meatus and the posterior root of the zygomatic process of the temporal bone.

The middle one third of the floor of the cranial cavity. It is deeper and wider than the anterior cranial fossa. It is formed from the posterior two thirds of the sphenoid bones (the greater wings, the dorsum sellae, and the clinoid processes) and the petrous and squamous portions of the temporal bones. The middle cranial fossa contains the superior orbital fissures, optic canals, foramina rotundum, foramina ovale, foramina spinosum, and foramina lacerum. It contains the temporal lobes of the cerebral hemispheres, the optic chiasm, the hypophysis (pituitary), the internal carotid arteries, the cerebral arterial circle (of Willis), and the cavernous sinuses.

The cavity between the anterior opening to the nose and the nasopharynx.

A bony fossa in the lower medial corner of the front of the orbit of the eye.

In surgical explorations of the pelvis for diseased lymph nodes, a space defined anteriorly by the obturator blood vessels and nerves; medially by the hypogastric artery; and laterally by the external iliac vein, and the obturator internus muscle and its fascia.

On the posterior surface of the lower end of the humerus, a depression proximal to the trochlea and between the medial and lateral epicondyles; it is analogous to the coronoid fossa on the opposite side of the humerus. During full extension of the forearm, the olecranon process of the ulna fits into the olecranon fossa of the humerus

The remnant of the embryonic foramen ovale in the right cardiac atrium.

An oval fossa in the septal wall of the right atrium, having a raised rim along its top and front edges (limbus of the fossa ovalis). In the embryo, the floor of the fossa ovalis is a flap valve (the primary atrial septum or septum primum) that lets blood flow from the right atrium to the left atrium, bypassing the lungs. If the flap valve fails to seal after birth, the heart can have an atrial septal defect.

A shallow fossa in the wall of the pelvis behind the lateral ends of the broad ligament; the ovary lies in this fossa covered by the parietal peritoneum.

Any of the fossae in the lateral walls of the laryngopharynx.

The vertical fossa between the medial and lateral pterygoid plates of the pterygoid process of the sphenoid bone. This fossa is on the deep, basal surface of the skull, just outside (lateral to) the nasopharynx.

In the brainstem, the floor of the fourth ventricle, which runs along the dorsal surface of the pons and part of the medulla.

In the auricle of the ear, the C-shaped fossa between the helix and the antihelix.

In the posterior cranial fossa, a variably shaped small fossa in the petrous portion of the tympanic bone superior and lateral to the internal acoustic foramen. The subarcuate fossa leads into the subarcuate canal, which contains the subarcuate artery, a main blood supplier to the bony labyrinth, facial canal, and mucosa of the mastoid antrum.

A shallow fossa on the inner surface of the body of the mandible superior to the anterior part of the mylohyoid ridge. It is occupied by the sublingual gland.

An oblong fossa between the mylohyoid ridge and the inferior border of the medial surface of the body of the mandible. It is occupied by the submandibular gland.

A fossa in the inferior wall of the middle ear. It is inferior to the round window and posterior to the pyramid.

The fossa that can be felt below the skin at the base of the neck behind the clavicle and extending from the attachment of the sternal head of the sternocleidomastoid muscle medially to the medial edge of the deltoid muscle laterally.

The sloping, triangular concave fossa above the spine on the dorsal (posterior) side of the scapula. The supraspinatus muscle attaches to and fills most of this fossa.

A slit-like fossa extending into the upper part of the palatine tonsil. This fossa is a remnant of the embryological second pharyngeal pouch.
SYN: SEE: intratonsillar cleft; SEE: fossa supratonsillaris

On the internal surface of the anterior abdominal wall, a fossa in the parietal peritoneum between the middle (median) and medial umbilical folds.

A fossa between the glossopalatine and pharyngopalatine arches along the lateral wall of the oropharynx and containing the palatine tonsil.
SYN: SEE: tonsillar recess.

fossa of the vaginal vestibule

fossa is a sample topic from the Taber's Medical Dictionary. 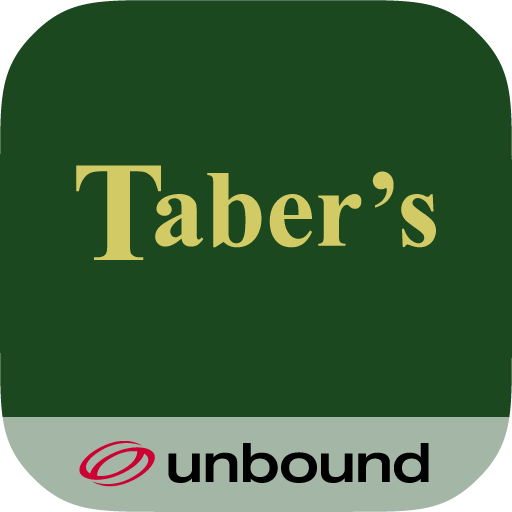